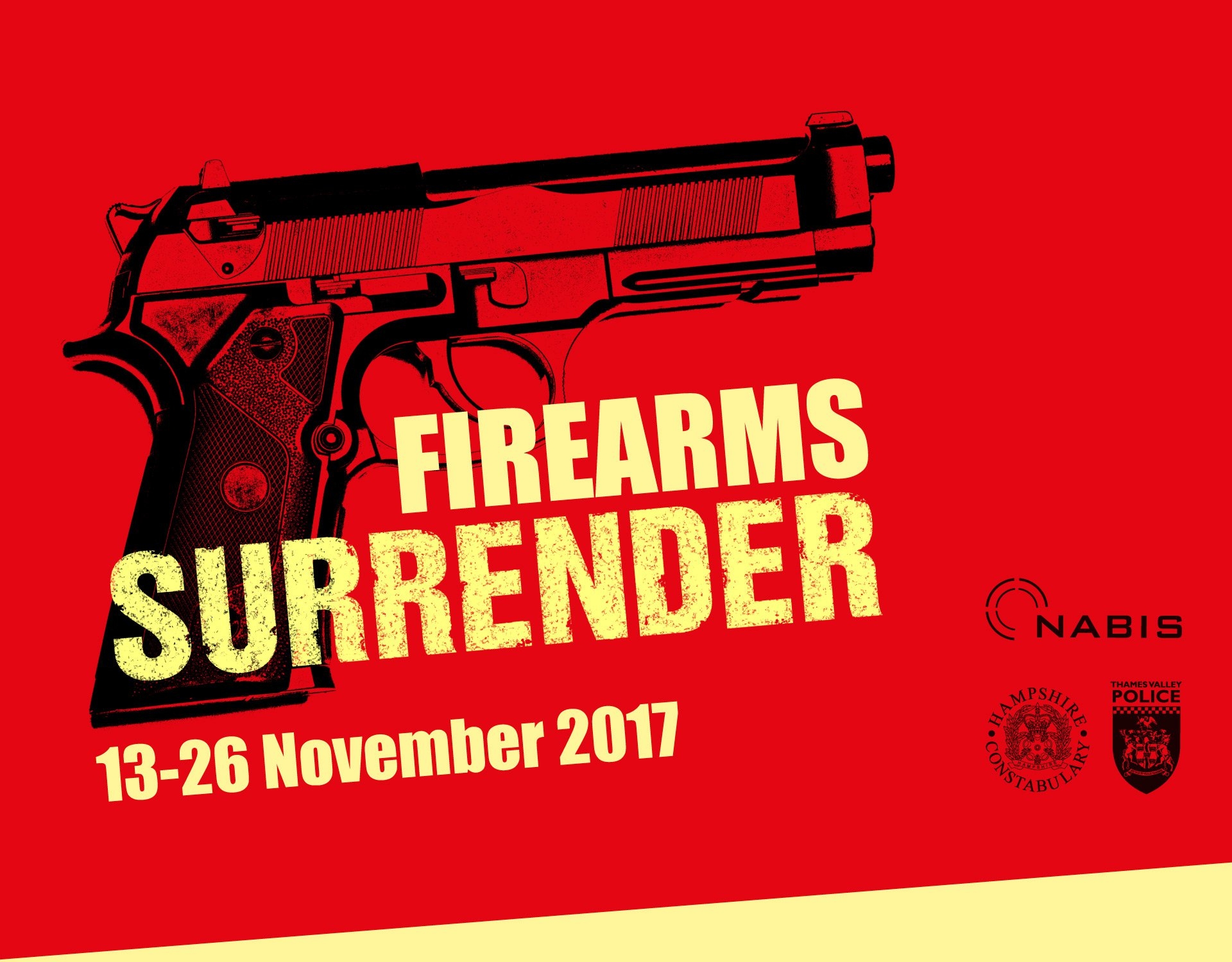 Just one gun off our streets could save a life.

The surrender is giving people the chance to hand in any firearms or ammunition which have come into their possession for whatever reason.

Whether it is an old family heirloom that has been stored away for years, a former military weapon or an unwanted firearm which was previously legally owned – all can be handed in to your local police station, safe in the knowledge that they will be disposed of safely.

During the fortnight firearms licence holders are also being encouraged to consider the surrender of weapons they no longer have any use for.

The surrender, which runs from today (13 November) until 26 November, is part of national initiative run by the National Ballistics Intelligence Service (NABIS).

Chief Inspector Emma Baillie, Head of Armed Response for the Joint Operations Unit for Hampshire and Thames Valley, said: “This is your chance to safely dispose of any guns or ammunition you no longer want but don’t know what to do with.